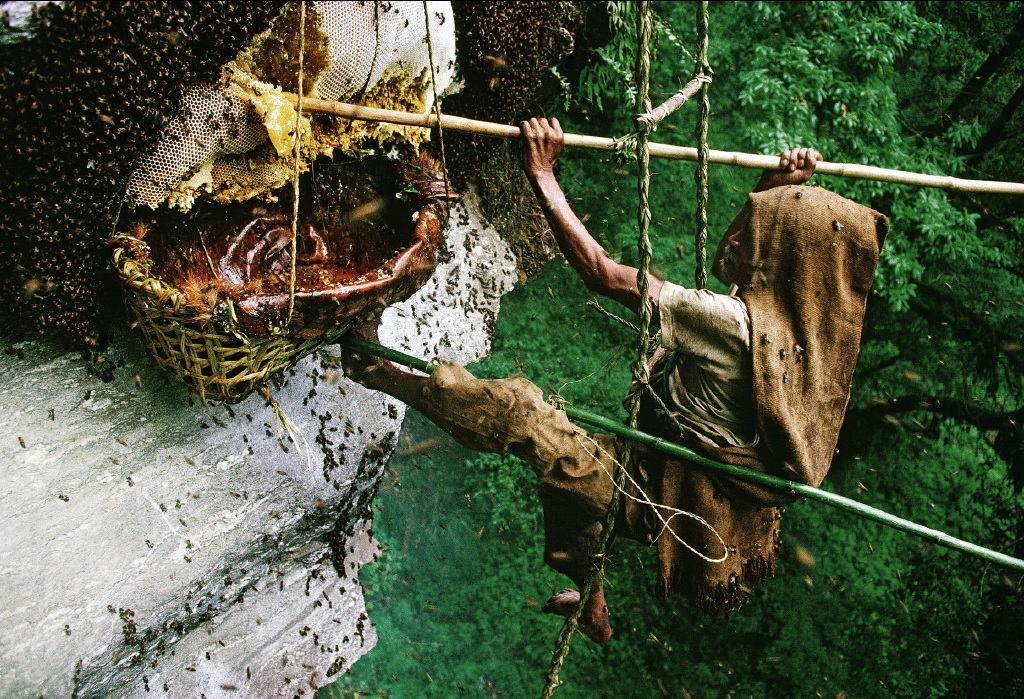 On top of the mountains of Nepal and Turkey live the largest honey bees on the planet. particle for direct object Apis dorsata In this region, a type of honey is produced that is unlike any other honey in the world. It has one characteristic that makes it a mystery, it is crazy honey, a strange mixture of exotic nature.

The rare liquid variety is striking in appearance, far from the amber color of other types of honey, but more of an exotic substance. Its rarity actually lies in the fact that it is capable of producing a number of physiological effects.

Those who consume it experience a series of symptoms that can lead to poisoning. At lower doses, mad honey causes dizziness, lightheadedness, and euphoria. But at higher doses, hallucinations, vomiting, loss of consciousness, seizures, and in rare cases, death may be experienced.

What is crazy honey?

Strangely, not all Apis Dorsata laboriosa Bees produce this type of honey and this has only one explanation. The substance that changes the honey does not come from the bees themselves, but from their food. A species of flowers called Rhododendron, which also live in the high mountains of Nepal and Turkey, contain a group of neurochemicals called gyrannotoxins.

Because there is a shortage of nectar types, bees living in these highlands feed almost exclusively on rhododendron, resulting in a higher concentration of graenotoxin in honey. Thus comes the transformation of what could be ordinary honey into insanely pure honey.

A strange and potentially toxic mixture

So far, it has been established that Majnoon honey causes a kind of poisoning in the body, which causes a dangerous drop in blood pressure and heart rate. Geranotoxins exert their toxicity and in turn cause sweating, salivation and nausea. In general, symptoms disappear 24 hours after consuming mad honey, although this depends on the amount of consumption and of course on the characteristics of the person who consumes it.

It is wonderful to think that in nature everything is intricately connected. That is, organisms evolve to adapt to their environment, and just as rhododendron flowers adapted to high latitudes in the mountains, the largest honey bee evolved to feed on them in a flower-poor environment.