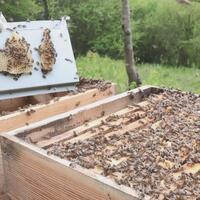 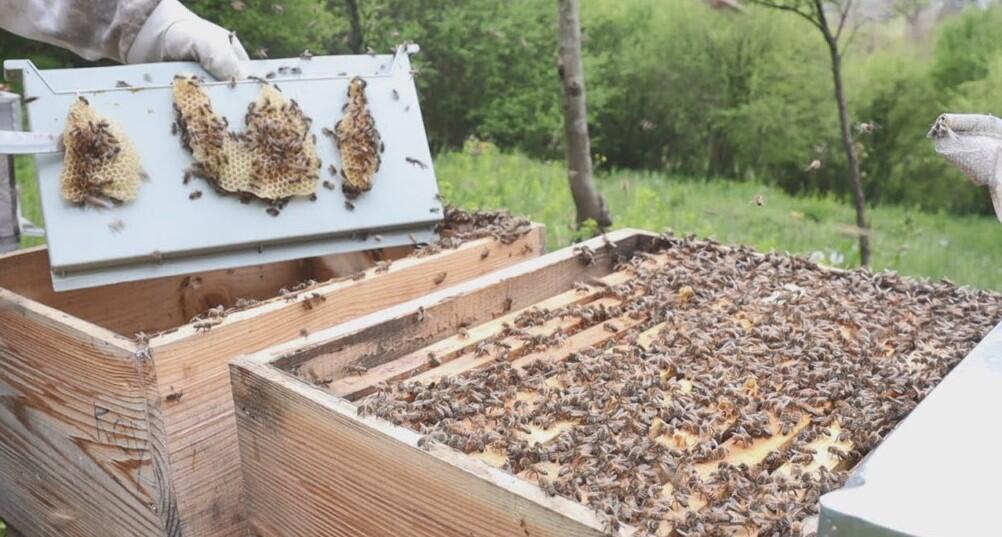 “Bees unite the world” is the slogan of the 47th Apimondia International Beekeeping Congress, which will be held between August 24 and 28 this year at the Istanbul Congress Center. The World Congress brings together beekeepers, honey industry professionals, scientists, honey traders, institutions and public organizations, as well as experts in bee therapy, bee biology and bee economics to discuss a wide range of topics including beekeeping for rural development, bees discuss Health, pollination and bee flora, beekeeping technology and quality.

In Turkish there is the term Arı gibi ışışım, which literally means to work like a bee, to express working very hard, almost non-stop to achieve a goal. It seems like the bees are in their never-ending quest to build the comb, fill the comb with honey, ventilate the comb to evaporate the excess water in the honey, then seal the comb, etc. Hive life is very busy, bees come and go and work non-stop. We have an interpretation for that too. When we talk about a shop or a place that does a very good business, a place that is very busy and crowded, we say “Arı kovanı gibi” meaning crowded like a beehive. In Turkish culture, bees, unlike other insects, are considered pure animals that play a role in the cycle of life and are revered for producing honey, the main source of sweetness that gives strength and energy. Honey is always considered a healthy food. Many people believe that a spoonful first thing in the morning will guarantee your health and longevity. When an older person is asked about the secret of their age, it often comes down to a spoonful of local honey every morning. Since the bee goes to all flowers to collect nectar, nature’s elixir, honey is believed to have almost supernatural powers, secrets we can never truly discover. This is why many folk remedies include honey as a key ingredient.

Honey is not the only magical ingredient in the world of bees. The duty of the bee is not limited to the production of honey. Each bee works to support the pollination of many plant species by collecting as much pollen as possible to grow their hives, but this also helps increase the productivity of the plants as a whole. For many foods that come to our table; We should be grateful to bees. 80% of flowering plants and trees reproduce thanks to the pollen carried by bees. Thanks to pollination, the yield and taste of vegetables and fruits increases. “Without bees, there would be no plants, no living things, no people!” Balparmak slogan, a leading honey producer/merchant company, is the platinum sponsor of the Apimodia Congress. “We are proud to have Epimundia in Istanbul,” says Ozen Altıparmak, chairman of the board of Balparmak, and adds: “Our biggest wish for Turkish honey is to see the value it deserves in the world markets” and draw attention to The importance of beekeeping attracts international attention. Industry Development Congress in our country. In recent years, honey production has faced major problems with climate changes, diseases and natural disasters such as fires and floods, which threaten the future of honey, bees and the beekeeping profession. This congress will deal with issues such as the future of sustainable beekeeping and the protection of the existence of bees as one of the most important elements of the ecosystem and scientific and technological developments in this sector. Altıparmak says: “We care about our bees and beekeepers, who are the most important elements that ensure the continuity of the ecosystem. Climate change, pesticide residues and pesticide use pose a serious threat to bees. Beekeepers have important tasks such as placing the bees in the right place at the right time, protecting them from diseases, preparing them for the nectar season with strong growth, keeping the bees away from the area where pesticides are used, and preventing bee diseases. and providing a hygienic environment, all of these constitute the content of technical education. We are also trying to bring young people and women into the profession of beekeeping by teaching modern beekeeping techniques at Balpermak Beekeeping Academy.

Not everything is so sweet in the world of honey. Since honey has such an invaluable value in human health, it also has considerable commercial value. Unavoidably, cheating with honey is one of the most important topics in the world of honey and beekeeping. Preventing the rise of fraud in the honey business is difficult because fraud is difficult to detect even with sophisticated tests. It becomes more difficult for consumers to obtain natural and pure honey. Balparmac Research and Development Center has implemented a new method that detects the presence of brown rice syrup in honey. Fake honey is usually prepared with corn syrup, beet syrup and white rice syrup, but special methods and tests were previously developed to detect the addition of herbal syrups in identifying fake honey. However, there was no method that could prove the existence of brown rice syrup, which is more like honey in color and is widely used in the market. As a result of intensive research and development studies, Balparmac was able to determine the component that represents the brown rice syrup in honey, for which it filed a patent application for this method, which is the first in the world. This method was published in one of the most prestigious scientific journals in the world called “LWT Food Science & Technology” and entered the world literature. At the Apimondia Congress, all the details of the method are discussed with the participants. Finally, another issue that will be raised is the future of pine honey, Turkey is the main producer in the world with the production of almost 90% of the world’s pine honey, which has been seriously affected by the forest fires of the past. The year of bees is our future, so anyone who is interested in beekeeping and loves honey, beware of bees and Apimondia!

Cork of the week: Kalecik used to be an almost forgotten sleepy town, a district of Ankara, roughly 70 kilometers northeast of the city center. The history of the city dates back to the Hittites or even earlier, around 4000 BC, and although it remained an active trading city during the Ottoman period, the city later lost its luster due to the decline of the viticulture due to the phylloxera disease. gave It was in the 1970s that Professor Dr. Sabit Ağaoğlu, a viticulture researcher from Ankara University’s Department of Agriculture, began a study to protect the city’s reddish-black grape, known as Kalecik Karası, and eventually, the legendary grape. It rose to become one of the most important indigenous local grapes in the Turkish wine industry, now grown not only in Collegiate but also in major vineyard areas from the Güney region in Denizli to Cappadocia. Those in Ankara are in luck! On August 27, the Kalecik Karası event will be held, featuring around 70 wines from traditunnel-made bubbles, whites, blushes and rosés to monochrome reds. Aağaoğlu will also be there and masterclasses will be held by Prof. Dr. Ertan Anlı (in Turkish) and Serhat Narsap (in English, a London-based wine expert who is the founder of TWC, Turkish Wine Challenge). During one day you can tour and drink all the KKs on the market in one tasting and meet the producers. A great opportunity to learn all about the grape, a ruby ​​red delicacy with a medium body. The event will be held from 11:00 to 17:00 at Litai Hotel and the ticket price is 550 Turkish Lira, available at https://kkankara.com/.