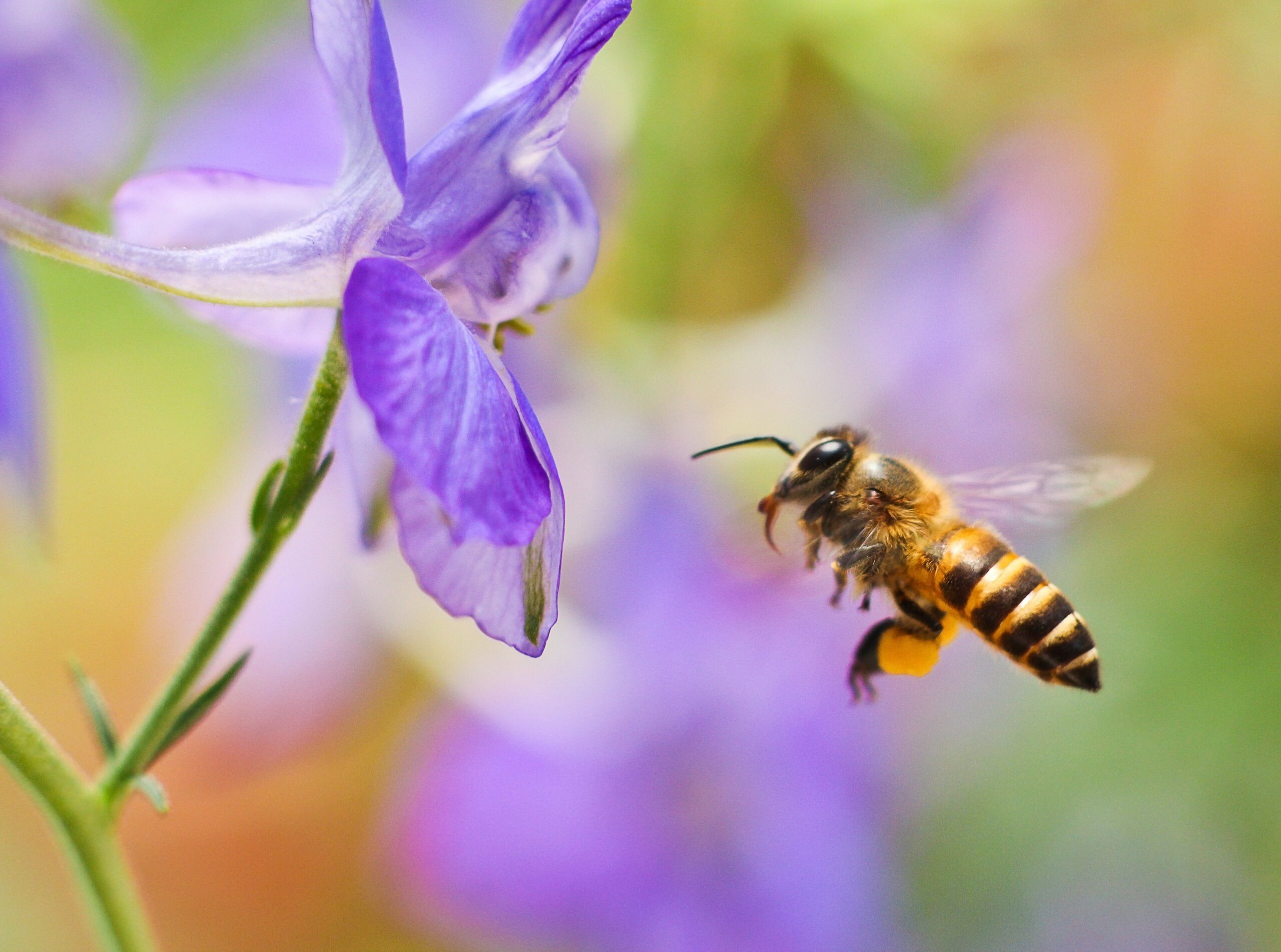 Honey bees leave the hive every day in search of flowers with nectar and pollen. Once they have had their fill of these treats, they return to the hive to deposit and inform other workers of where the successful foraging sites are. It all depends on the bee’s ability to process wide-field visual motion information, navigate using peripheral cues, and fly straight home. Research now shows that some common pesticides interfere with the bee’s brain so that it may no longer be able to navigate or successfully fly home.

Here we show that common insecticides, such as sulfoxafluor and the neonicotinoid imidacloprid, can severely disrupt the visual guidance behavior of honey bees. “Our results are cause for concern because the ability of bees to respond appropriately to visual information is critical to their flight and navigation, and thus to their survival,” said Dr. Rachel H. Parkinson, who led the research team. Oxford University.

Insects exhibit an innate orienting behavior whereby they correct their body position to continue moving in a straight path if they are mistakenly off track. This position-fixing behavior, known as the optomotor response, is elicited by visual movement of the entire field to the left and right of the flying or walking insect. This response is critical for insects to adapt to unexpected disturbances in their flight path, such as a breeze blowing them to one side, so that they can continue to move in a straight line.

Dr. Parkinson and his colleagues worked with four groups of wild-caught worker bees, each group containing between 22 and 28 bees. They exposed the bees to videos of vertical bars moving from left to right or vice versa on two screens placed in front of the bees and watched their walking response. The changes in the speed of the two-plane bars trick the bee into thinking that it is suddenly going off course and turning to one side. A healthy optomotor response instructs the bee’s motor system to make a corrective adjustment in the form of a turn that returns the bee to an imaginary straight line midway between light flow from the right and from the left.

Before testing the optomotor response in the experimental bees, the researchers allowed them to drink ad libitum 1.5 M sucrose solution for five days. However, although one group received a pure sucrose solution, the other groups received sucrose contaminated with 50 ppb (ppb) imidacloprid (a neonicotinoid insecticide), 50 ppb sulfoxafluor, or 25 ppb imidacloprid and 25 ppb sulfoxafluor simultaneously. they did

Neonicotinoid insecticides disrupt visual motion detection in grasshoppers and thereby disrupt escape behaviors, but it has not previously been shown whether these insecticides disrupt wide-field motion detection in honey bees. When the researchers compared the efficiency of the optomotor responses in four groups of bees, they found that the bees were not as efficient at making the expected adjustments when they were exposed to pesticides.

All bees responded less to the simulated light flow when the bars were narrow or moving slowly (i.e., appeared far) than when they were wide or moving quickly (i.e., appeared close). But for every rod width and speed, the bees that ingested the pesticides performed poorly compared to the control bees. For example, they only rotated rapidly in one direction and did not respond to changing direction of the rods, or did not show any rotational response at all. The asymmetry between left and right rotation was at least 2.4 times greater for pesticide-exposed bees than for control bees.

Poor visual responses in honeybees exposed to pesticides were associated with changes in gene expression in their brains, particularly genes related to detoxification and stress. But these genetic changes were relatively weak and highly variable among bees, and are unlikely to be the only explanation for the observed severe disruption of the optomotor response. Exposure to sulfoxafluor led to a small but significant increase in dead brain cells, particularly in the visual lobes, which are important for processing visual information.

Neonicotinoid and sulfoximine insecticides activate neurons in the insect brain and are not always recycled quickly enough to prevent toxicity. Dr. Parkinson said, “The effects we observed could be due to a kind of rewiring in the brain: preventing nerve damage by reducing the sensitivity of neurons to these compounds.”

To fully understand the risk of these insecticides to bees, we need to investigate whether the effects we observed in walking bees also occur in free-flying bees. The main concern is that, if bees are unable to overcome any impairment during flight, it could have profound negative effects on their ability to forage, navigate, and pollinate wildflowers and crops.

The results add to what the Food and Agriculture Organization of the United Nations and the World Health Organization call a “rapidly growing body of evidence.” [which] It strongly suggests that the existing levels of environmental pollution [from neonicotinoid pesticides] They cause large-scale adverse effects on bees and other beneficial insects.