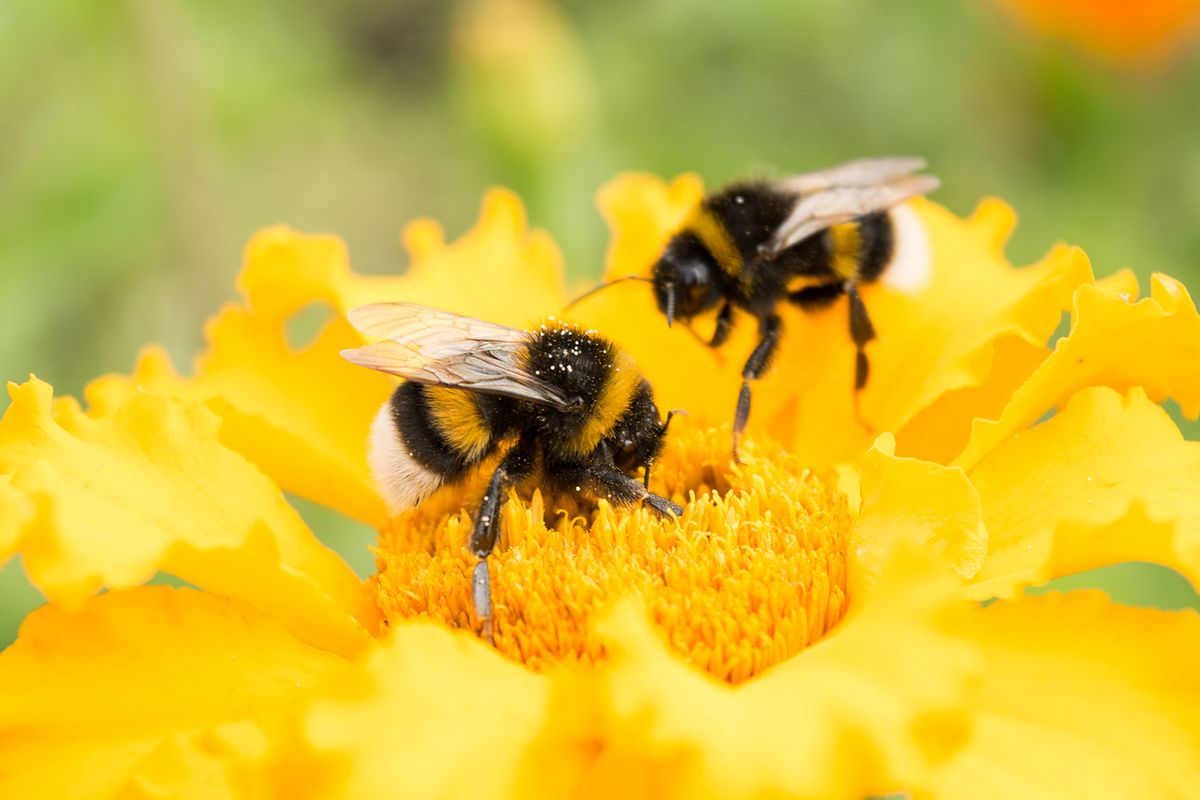 The mysterious death of a large number of bees in the early part of this century was a sign for human civilization. Some beekeepers witnessed the sudden and mysterious death of half of their bees due to a phenomenon called “colony collapse disorder” which was first identified in 2006. Since much of human agriculture depends on bees to fertilize and pollinate our crops, humans truly depend on bees for our survival—perhaps even more than we depend on the fruits of our agriculture. After all, we can plant and grow fruit plants, but these plants do not produce fruit without the help of pollinators.

Colony Collapse Disorder was eventually linked to a class of man-made insecticides called neonicotinoids. As the name suggests, neonicotinoids are chemically similar to nicotine, which is itself a natural insecticide. In addition to being linked to honey bee population declines, neonicotinoids clearly have effects further up the food chain—damaging bird communities, infiltrating national wildlife refuges, and perhaps affecting human brain development. Chemists and lay people have observed for years that neonicotinoids damage the nervous system. It is simply a quantitative question of how this happens.

But while neonicotinoids have been linked to colony collapse disorder, it’s not clear exactly what the insecticide does to bees. Now, a new study has made that question a little easier to answer: Honey bees exposed to neonicotinoids — as well as to a separate insecticide, sulfoxafluor — find it harder to walk in a straight line. In other words, it seems to intoxicate them in a way that makes them vulnerable.

For honey bees, walking or not walking in a straight line is a big problem. Honey bees communicate with each other using a waving dance that is highly choreographed. Honey bees that have trouble keeping a straight line are unable to fly or move properly, making worker bees more vulnerable to lethal threats. As such, these experiments had serious implications for the future of bee colonies.

“These insecticides act somewhat like nicotine on the nervous system because they bind to the same type of receptor that nicotine does,” Parkinson explained.

The scientists tested the bees’ ability to perform visually guided behaviors, as this skill set is key to bees encoding and responding to what they see. This in turn allows them to orient themselves and stabilize themselves during flight, as well as being able to get to and from hives and foraging sites, says Dr Rachel Parkinson, professor of zoology at the University of Oxford and expert consultant. For the study, Salon was told via email.

As a disclaimer, Parkinson noted that the experiments were on “moving bees,” not ones in mid-flight. “We have yet to find out if similar effects exist in flying bees,” Parkinson said.

In the case of bumblebees, the researchers found that the insecticides in question undeniably made it more difficult for them to maintain a straight course.

“These insecticides act somewhat like nicotine on the nervous system because they bind to the same type of receptor that nicotine does,” Parkinson explained. However, these insecticides cannot be broken down as easily as nicotine. When exposed to insecticides, neurons become hyperexcited and this can lead to a variety of effects, including changes in receptor expression (as a preventive mechanism) and neurotoxicity (when the insecticides cannot be degraded). The end result is that reactive oxygen species—an unstable molecule that contains oxygen and can damage the inside of cells—are produced.

“These can damage neurons and lead to a change in function or cell death (apoptosis),” Parkinson told Salon.

Jay Feldman, executive director of a 501(c)3 nonprofit organization founded in 1981 to raise awareness about toxic pesticide use called Beyond Pesticides, echoed the concerns of the study’s authors when contacted by Salon.

Feldman wrote to Salon: “Like any living thing, the bee’s sensory system enables it to function. “If brain function is altered, as this study shows, the organism cannot function normally.” We know that similar nervous system effects occur in people with similar vulnerabilities.

“Bees are very important to humans for the pollination services they provide,” Parkinson explained. Without bees, we simply cannot produce the amount of food we need, which would be a global crisis.

In addition to making it more difficult for bees to walk in a straight line, neonicotinoids also cause bees to lose the foraging initiative they need to forage effectively. Laboratory studies have also linked insecticides to loss of bees’ sense of direction. It has also been shown through laboratory studies that these insecticides become more toxic in colder weather and have serious consequences for the collective health of bees in unfavorable seasons. Insecticide pollution is so severe that when combined with factors such as climate change, habitat loss, and loss of genetic diversity, American bees are now classified as “vulnerable” to extinction. .

The American bumblebee, once the most common bee observed in the United States, has declined by 89% in relative abundance due to the catastrophic effects and synergistic threats including habitat loss, pesticides, disease, climate change, competition, to extinction with honey bees and the loss of genetic diversity,” the Center for Biological Diversity explained in a statement at the time. “In the past 20 years, the American honeybee has disappeared from at least eight states, mostly in the Northeast, and has declined sharply in many others.”

The problem of insecticide contamination has implications not only for bees, but also for humans.

“Bees are very important to humans for the pollination services they provide,” Parkinson explained. Without bees, we simply cannot produce the amount of food we need, which would be a global crisis. “So it’s important to understand how human activities affect bees and other pollinators in order to assess what changes need to be made.”